Santa is a Shaman 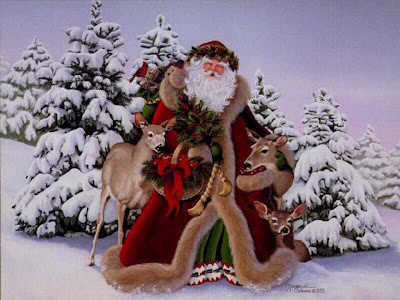 I decided to do this piece because my daughter is at the age where the whole tale is crumbling, and this is never a pleasant thing for kids. It isn’t cool that we lie to our kids in this way in the name of, “Aww, but it’s Christmas… what is childhood without all the bullshit we spin around them all year with bunnies and eggs, flying reindeer and pissed off pumpkins that all have no connection to anything whatsoever, no compelling morality tale nor awakening message? You’re an awful parent if you deprive them of all that!” Well, there are many cultures that don’t spin all these larks for their kids, because children are quite capable of spinning a world of wonder around themselves without our help, in fact, they’re infinitely better at it.
I want my daughter to know what the Santa myth stands for, what “gifts” were brought, why, by whom and finally: what’s in it for her.
In our culture, we’ve always kind of wondered how the heck Santa is connected to Christmas other than the fact that he brings gifts. Most of us were lead to believe that Santa Claus is a child-friendly version of Saint Nicholas – we even call him St. Nick occasionally. Although Santa became a mutt of sorts over time, including a bit of St. Nick (from Sinterklaas, the original and current European version), the actual origin of Santa is much more interesting, way before St Nick was a glint in his mama’s eye.
It all begins with a mushroom. Yes. A mushroom. Did you expect it to begin with something man made? Then you’re not thinking far back enough. Humanity’s first interactions were with earthly things.
The name of the mushroom is Amanita muscaria, also called Fly Agaric. 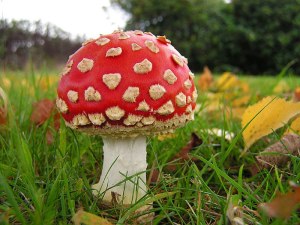 Read the rest of this fascinating article here.  If you google Santa Claus Shaman, you'll find more articles like this one.

Some years ago, I stumbled onto GnosticMedia and bought their DVD and book after seeing a part of the video.  It, too, talks about the shamanic origins of Santa and covers some other subjects.  The entire video is now online and it's free for viewing, if you're interested. You can find it here.

And another interesting article is found here.

The history and use of entheogens has been a subject in which I am very interested.  Although I am a child of the '60s, I've never used drugs of any sort, including 'shrooms.  However, I've thought for these many years that if I reached a point where living on Earth lost its wonder, I would take mushrooms. Since I'm completely in love with the Earth and Life in all its forms, the need has not arisen.

I wish you all a very happy Christmas Eve and I hope that the 1951 version of Scrooge is somewhere to be found on the tube - it's my very favorite version of the film.

Email ThisBlogThis!Share to TwitterShare to FacebookShare to Pinterest
Labels: Holidays, Inspiration, Things that blow my mind